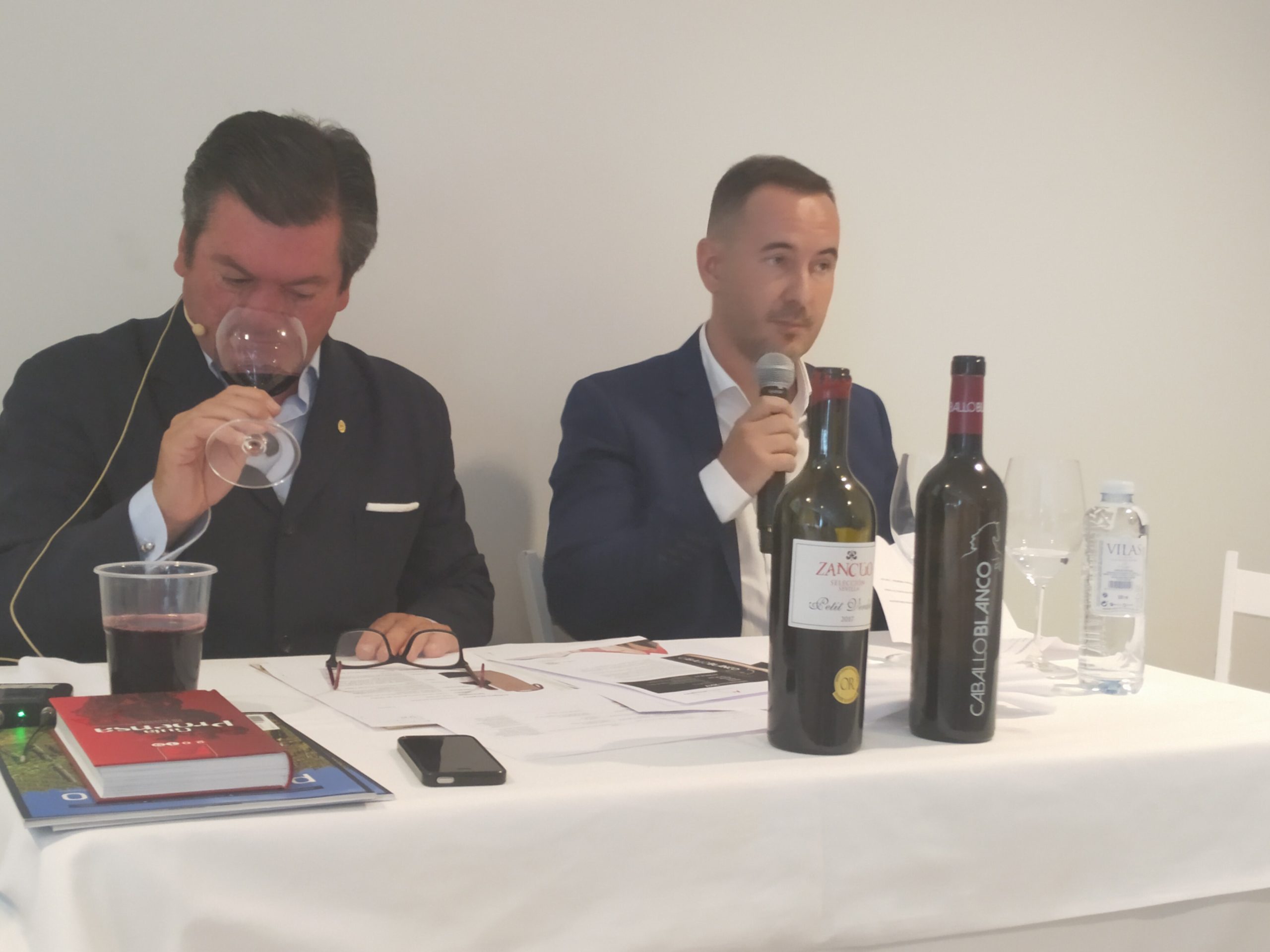 Bodega Sierra Almagrera with Caballo Blanco 2017 has been present in one of the tastings organised in Andalucía 360 by World Premium Experience.

This event was held in Seville on 2 and 3 October, bringing together the leading names in gastronomy, oenology and mixology at a national and international level.

Juan Manuel Moreno, President of the Andalusian Regional Government, inaugurated the third edition of this Congress, which took place at the Cartuja Center in the Andalusian capital.

At the tasting led by Ignacio de Miguel of Andalusian red wines, those who took part were able to taste Caballo Blanco 2017, our new vintage. Seven other wineries from the region participated, demonstrating the quality of red wines from the south of Spain.

Two wineries from Ronda (Málaga) participated. Pasos Largos with a 2014 vintage and Cortijo Aguilares with Tadeo 2016.

Arcos de la Frontera (Cádiz) was also present with two other wineries. Finca Moncloa with the 10 Barricas collection and Tesalia with its ARX 2016 red wine.

Seville was represented by Bodega La Margarita from Constantina with the wine Zancuo 2017.

And Almería had two samples of its red wines with Cepa Fuente La Reina from Bodegas y Viñedos Laujar and Caballo Blanco 2017 from Bodega Sierra Almagrera.

Our new vintage of Caballo Blanco continues to maintain the elegance of its aromas, reminiscent of forest fruits - raspberry and blackberry - and liquorice. It has an intense garnet red colour and a scent of wet earth, sea breeze, iodine and salt.

Caballo Blanco 2017, which will soon be on sale, continues to be a pioneering, different and unique wine.

This website uses cookies to improve your experience while you navigate through the website. Out of these, the cookies that are categorized as necessary are stored on your browser as they are essential for the working of basic functionalities of the website. We also use third-party cookies that help us analyze and understand how you use this website. These cookies will be stored in your browser only with your consent. You also have the option to opt-out of these cookies. But opting out of some of these cookies may affect your browsing experience.
Necessary Always on
Necessary cookies are absolutely essential for the website to function properly. This category only includes cookies that ensures basic functionalities and security features of the website. These cookies do not store any personal information.
Non-necessary
Any cookies that may not be particularly necessary for the website to function and is used specifically to collect user personal data via analytics, ads, other embedded contents are termed as non-necessary cookies. It is mandatory to procure user consent prior to running these cookies on your website.
SAVE AND ACCEPT